from the other side… 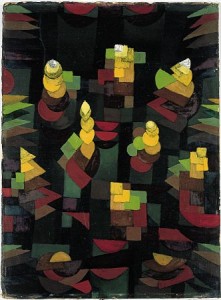 Where’s Mr. Plattner? That was a question that was to be repeated many times in the next few days. It really seemed as though that frantic hyperbole, “blown to atoms,” had for once realised itself. There was not a visible particle of Plattner to be seen; not a drop of blood nor a stitch of clothing to be found. Apparently he had been blown clean out of existence and left not a wrack behind. Not so much as would cover a sixpenny piece, to quote a proverbial expression! The evidence of his absolute disappearance, as a consequence of that explosion, is indubitable.

So writes H.G. Wells in 1886 of the disappearance of Mr Plattner who, after a chemical experiment gone wrong, was blown through the fabric of reality and into the green haunted space of the fourth dimension. For nine days Mr Plattner experiences the life through the transparency of the ‘other side’. He returns to reality with every atom of his body reassembled in the mirror image of his former self; even his heart sits to the right.

Thus H.G Wells describes the curious search for critical evidence to prove the existence of the fourth dimension in the late 19th Century. There are many imaginative references to this new concept in the literature of the time. But I like particularly this early portrayal of virtual reality. The re-composition of Mr Plattners material body in reverse is interesting to consider.

Such is the volumetric nature of my sprouting beans, they are virtual copies of their former selves, suspended in an artificial space. Time is the added dimension. In the last few months Ajay has created an an excellent solution by interpolating one volume to another to get an illusion of seed growth. I have started to put together some really nice animations that will begin to give us an idea of what the final work this work might eventually look like. This is truly a work in progress.  Bean movie at Vimeo

But I haven’t disappeared. It is just time and lots of it, which this project requires. So while I officially close this blog at the end of my residency, my project continues to thrive. A huge thanks to ANAT and their assistance with this project as the support of this Synapse residency has spun me on an excellent trajectory. I am continuing to investigate GROW: visualising nature at nanoscale, as a PhD candidate at the ANU School of Art Photography and Digital Media Workshop in collaboration with Prof. Tim Senden and the team at the Department of Applied Mathematics.

To read more about this project you can go to my website  www.ericaseccombe.com.au